This short article is the first of a series of articles I am sharing with the aim of informing the readers on key concepts and principles of Positive Psychology, the scientific study of what goes right in life (Peterson, 2006), which is the science behind the Positive HR framework.

The question “What makes life meaningful?” is arguably one of the most important questions (if not the most important question) ever asked by people and psychology because of its critical role in human survival, progress, and flourishing. Unfortunately, a convincing answer to this existential question remains elusive which compels us to consider to take a more holistic approach in our quest for an answer to what truly makes life meaningful.

In his book, Man’s Search for Meaning, Viktor Frankl, an Austrian neurologist and psychiatrist as well as one of the best known Holocaust survivors, provided us with his theories on logotherapy, one of psychology’s most influential theories, which may have helped him survive the Holocaust. Briefly, logotherapy has three basic principles: will to meaning (finding meaning in life is our primary motivation); meaning of life (life has meaning in good and in bad times); and, freedom of will (freedom to find meaning in what we do and how we respond to life’s events).

When it comes to “work” as a source of meaning, Pratt and Ashforth (2003) posited the importance of fostering meaningfulness in working and at work by enriching the work we do and the physical and social contexts in which we do our work. In Frankl’s case, he realized that his work on logotherapy would have the ability to help thousands of people overcome challenges in their lives and hence, he needed to survive to share his logotherapy concept to the world.

From a physiological aspect, Park and Ai (2006)’s meaning-making framework of coping with trauma reflects Frankl’s observations on people’s attitude towards suffering and the human body’s response to pain itself. That is, even in highly traumatic situations, as Frankl himself experienced, growth and positive change are still possible and that the human body is tough and adaptable to pain and stressful conditions.

Nevertheless, the above may still fall short in explaining Frankl’s survival story nor provide a convincing answer to the question of life’s meaning itself. As a possible answer to this discourse, Wong (2011, 2013) proposed that a more holistic approach is needed to cover all aspects of humanity (biological, psychological, social, and spiritual/transcendence) as well as adopting dual-systems thinking akin to the East’s yin-yang philosophy. By doing this, we can develop a meaning-mindset which is crucial to living a balanced life capable of making sense of the self and one’s place in the world amidst life’s vicissitudes. Adopting this approach may also explain not only Frankl’s ability to survive the Holocaust but more importantly, provide a more holistic answer to humanity’s quest for the meaning of life.

Flow: The psychology of optimal experience 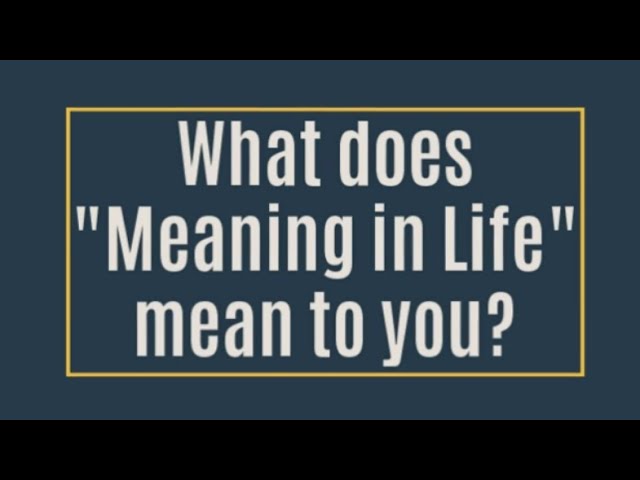